Dreams of Celebrity Actors and Actresses – What do they Mean? 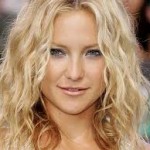 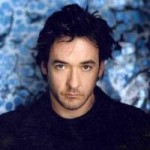 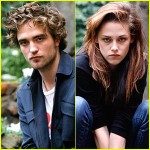 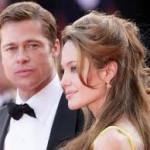 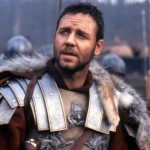 Dreaming of people is probably the most common image we remember when recounting a dream.  Sometimes we dream of people we know, other times it’s someone we’ve never met.  And sometimes, we dream of celebrity actors and actresses. Regardless, we tend to dream of people that represent significant character aspects or qualities of being which is called an archetype. Simply stated, the word means a universally recognized image that is used to repeatedly represent the same thing.   Examples of this would be dreaming of people who represent the warrior, the damsel in distress, the lover, the tyrant, the injured, the child, the addict, the healer, the martyr, the victim and so forth.  In the dream we can be the one witnessing people displaying these qualities or we may actually be the ones exhibiting these qualities.

Actors are frequently recognized as the embodiment of these archetypal energies or recurring character types who have starred in story after story throughout the human experience just as they have for millennia.  Part of the movie experience is suspending our disbelief and allowing ourselves for a time to become part of the story. That in turn evokes an emotional reaction from us which we often experience for hours after the movie has ended. If the person we watched on the screen resonates with something happening in our life, consciously or unconsciously, we might dream of them or their character.

For example, in the movie Serendipity, John Cusack plays a man named Jonathan who unexpectedly meets a girl named Sara who believes that fate should determine whether or not they should be together. Over the course of the film, we watch as their own stories unfold and they both end up engaged to other people. Despite their situations, they each hold the dream deep inside that they will one day meet again.  Throughout the film, Jonathan’s qualities include being the seeker, the detective, the visionary, the knight and ultimately, the lover.  Now let’s say I’ve just watched this movie and I go home and fall asleep and in my dream John Cusack appears.  Since I have associated him with the qualities above, one of the ways I could work with this image is to notice the desire for that type of fateful love in my life, or I might observe the way in which I feel called to pursue my own dream, whatever it is, with that much passion, purpose and determination. What will determine my interpretation is looking at everything that happened in the dream.

Whether it’s battles or reconciliations, hopes or disappointments, beginnings or endings, heartbreaks or soul mates, we identify on some level with what we perceive the actors to represent because it mirrors something happening within us. They play the parts of people fighting or masterminding crimes, taking or saving lives, finding or losing perfect love, creating or destroying, saving or being saved and overcoming the impossible against all odds.

Have you recently had a dream of a celebrity?  If so, here are a few questions you can ask yourself when finding yourself conjuring celebrity images to see what they may be representing in your dreams:

~ Have you recently seen this actor in a show or movie? If so, what part did he/she play?

~ What archetype, or quality, does this actor represent to you? Use adjectives to describe him/her.

~ Are there any associations you make with this actor?  For example, what comes to you as you think about that person?

~ What emotional response is evoked within you as you think about them?

~ How are you similar to, or opposite from them or the part they played?

~ Is anything about this person’s behavior reminiscent of anything currently happening in your life?

Working with celebrities in your dreams will give you additional insight into what stories may be playing out within your own life. They can often show you changes in behaviors or beliefs that need to be integrated or eradicated in order to live more authentically.  As always, dreams are constantly communicating with us and it’s up to us to discover what they’re saying. Sometimes they appear to reveal how you truly feel about something or demonstrate what you desire to be, do or have in your life.